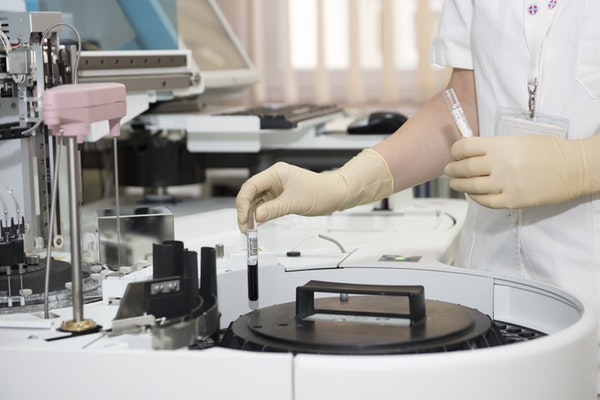 Fibroids are common benign tumors that occur in women. Some studies say that between 20 to 70 percent of women will get them by age 50. While other studies state that between 80 to 90 percent of black women will get them by that same age. The non-cancerous tumors can be a painful problem while others may not experience any symptoms. But, the tumors receive little attention in comparison to some female malignant tumors responsible for ovarian and breast cancer. Unfortunately, fibroids affect women in ways you may not be able to imagine. Fibroids have been responsible for cases of spontaneous abortion, pre-term delivery and cesarean sections. Treatments for fibroids are often surgical, in the forms of Uterine artery embolization where small particles are injected into the arteries supplying the uterus. This in return cuts off the blood flow to fibroids. Finally, they shrink and die.

Although these tumors don’t receive as much attention as malignant tumors, research is often in progress to discover advancements. One study was done by the National Center for Biotechnology Information (NCBI) earlier this year.  It discusses relatively new methods for treating fibroids.

One treatment is High-Frequency Magnetic Resonance-guided Focused Ultrasound(MRgFUS.) This is a non-invasive incisionless procedure. During the procedure, ultrasonic energy is directed with Magnetic Resonance guidance inside of the fibroids. It heats up and destroys the fibroid tumors. This results in tissue necrosis but it doesn’t destroy healthy tissue. This treatment is not yet universally adopted. It’s also expensive and not ideal for some patients

A new treatment that is showing the most promise for fibroid cases is Selective Progesterone Receptor Modulators. This is also known as SPRMs. These drugs are being considered a positive avenue for fibroid patients. Breaking this down into layman terms, we must first understand what SPRMs are and how they affect fibroids. SPRMs are agents that target progesterone. Progesterone is a hormone released by the ovaries. This hormone can cause excessive menstrual bleeding and menopausal symptoms. The absence or a reduction of this hormone results in less bleeding. Studies say that fibroids are dependent upon the progesterone hormone. If the progesterone hormone is blocked, theories suggest that fibroids will shrink and bleeding will become minimized.

This is why the SPRMs are beneficial. Considered a new group of agents, SPRMs block progesterone from feeding the fibroids. SPRMs agents include the drugs mifepristone, ulipristal acetate and asoprisnil. Europe and Canada have approved one particular SPRM Ulipristal Acetate (UA) for several years now. But, it’s quite new to the United States. This SPRM acts onto the progesterone receptors. It decreases and stops vaginal bleeding within 5- 6 days. Over 80 percent of patients experience rapid control of vaginal bleeding while using UA. Furthermore, during a trial, fertility was not compromised in many patients. Also, more than 71 percent of these patients went on to have successful pregnancies.

The treatment of these drugs must be done in stages. Otherwise, it may result in endometrial thickening. Endometrial thickening is merely a medical term that describes the thickness of your uterus lining. When the progesterone hormone is not present, endometrial thickening will occur. To avoid this complication, successful clinical trials have utilized an interrupted regimen. This consists of three months on the SPRM treatment followed by one month off, with menstrual shedding.

The Future of Fibroids

After years of neglect, in comparison to female malignant tumors, the development of uterine fibroids is receiving more attention. Scientists have a better understanding of these tumors on a molecular level. Learning how these tumors function and granting more research to this cause are the first steps toward discovering effective non-surgical options. Perhaps these treatments will one day lead to prevention. According to the NCBI new progress has also been made for laparoscopic surgical treatments. They believe that robotic developments are next. The arrival of SPRMs opens up more prospects for safer solutions without extensive side effects from prior medical treatments. More solutions should result in better health for women with fibroids.