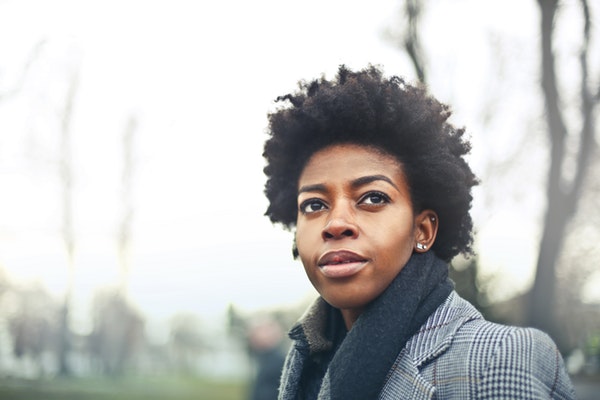 How Common are Fibroids?

Did you know that African American women are three times more likely to get fibroids than Caucasian women? Moreover, studies state that between 80-90 percent of black women will get fibroids by the age of 50. This is in comparison to the 20- 70 percent of white women who get them. But why? There is no concrete answer on why black women are pre-dispositioned to this condition. But, let’s examine possible reasons. What are fibroids? What are the symptoms and risks and how do socioeconomic status and genealogy play a role?

Fibroids are a muscular growth of tumors on or inside the uterus. Also called Leiomyomas or myomas, the tumors range between the size of a pea to the size of an apple, grapefruit or melon. You may express a wide range of emotions if your doctor says you have tumors, the most common one being terror. What person doesn’t coil up in fear at that thought of that word? After all, tumors mean cancer, right? Thankfully, not always. Tumors are often associated with cancer. Yet, fibroid tumors are almost always benign, meaning non-cancerous.

Fibroids don’t always cause symptoms. But, when they do, they can be mild or in contrast, so high that it affects your quality of life. These symptoms are two to three times more likely to happen to African American women. Also, not categorized as a symptom, African American women develop anxiety disorders. The constant worry and excessive bleeding are the blame for this. The traditional symptoms include:

The causes of fibroids in all women of different ethnicities are still unclear. Scientists do, however, believe that several factors influence the growth of the tumors.

According to studies, one factor is the estrogen and progesterone in women. The ovaries produce these two hormones. They cause the uterine lining to regenerate every month during a woman’s cycle. Scientists believe these hormones can stimulate fibroid growth.

Genetics is also a popular theory. A history of fibroids in your family increases your chances of getting the benign tumors. If your mother, sister or grandmother have or had them then you are increasingly likely to get them as well.

Pregnancy increases the chances of developing fibroids. Pregnancy escalates the hormones estrogen and progesterone in the body. The increase in these two hormones may cause fibroids to rapidly grow while you’re pregnant.

Misplaced cells in the body are another concern. Before you are born these cells form.

So Why Black Women?

There were 968 eligible women of all ethnicities who participated in a study. The study was done by the Fibroid Relief Program in Charlottesville, Virginia. All the women in the study were positive for fibroids. Approximately 28 percent of African American women had a disproportionate influx of fibroids. This is in comparison to other ethnicities. But, these women were not any different from other women. Their health, education, employment status and amount of children were the same.

Yet, the major differences lied in their socioeconomic statuses. These women had less income and were experiencing an overwhelming amount of stress. In addition, they were single and lived in undesirable geographic areas. These factors, according to studies, proved to be significant.  Stress combined with factors such as low income increased the likelihood of fibroids. Also, biological factors are possible reasons. According to scientists, Vitamin D is essential in combating fibroid growth. The lack of Vitamin D in African American women exacerbates the condition. Other theories suggest the hair products that black women use as a culprit. Studies link hair relaxers and phthalates to fibroid development. Phthalate is a chemical that is often referred to as fragrance on the packaging. The FDA does not insist companies to label these chemicals on their products. These chemicals stimulate estrogen production and dominance. Too much of this hormone in compared to progesterone contributes to fibroid growth.

In conjunction with the disproportionate occurrence of fibroids, African American women experience symptoms longer. Studies show that black women are likely to experience the effects of fibroids for four years before seeking medical help. They’re also more likely to attempt to control the symptoms with over the counter medicine.

There are many reasons that African American may not seek out help sooner. Some reasons may never be known.  But some studies state that it is historical. The now illegal and coerced sterilization of black women that the U.S. enforced was a negative reality for black women. Studies suggest that this past legacy makes black women distrustful of medical professionals. Other possible reasons are time, stress, insurance co-pays and fear.

Common treatments are birth control to aid heavy bleeding and medication to shrink fibroids. Also, a myomectomy is common. This procedure removes fibroids without removing the healthy tissue in the uterus. Some women may undergo a hysterectomy. This procedure removes the entire uterus but ensures the fibroids are gone. This makes a woman unable to conceive a child. There are many other treatments including natural options.

Some researchers believe that diet has an effect on fibroids. With this belief, many women change their lifestyle by incorporating healthier foods and natural herbs into their diet. This more natural route has shown success in some patients.  Herbs have been helping women with fibroids for centuries according to Traditional Chinese Medicine (TCM) practices.  Bright Nutrition Fibroblend offers a unique formula based off TCM. It strives to promote healthy ovaries and uterus. The formula is 100 percent natural, vegan and gluten-free and non-GMO.

Traditional Chinese Medicine (TCM) suggests herbs to women before surgery for fibroids. Those who practice TCM also suggest it for those who still choose surgery as an option. Fibroblend customers believe this product helps with major fibroid symptoms.

I ended up severely anemic. I’m middle age with a heavy monthly flow. After three iron (hard road to recovery)infusions I did feel better. I knew there was a problem that needed to be addressed. I Had ultrasounds that showed nothing wrong. A friend suggested Fibroids as the issue and suggested this product. Desperate to not go back to the anemia and worsening pain in my side I tried this product. The first period after this was amazing. NO pain in my side just before my period. My period was normal, not the heavy bleeding and clots.
The next month the same. Three months into it I started backing off forgetting to take it regularly. The symptoms began returning, went back in it and can tell so much change. Before taking this I was convinced a hysterectomy might be my only choice.
Praise God I was told about this product. It’s great!!!!

Seek out your physician if you are experiencing serious fibroid symptoms.