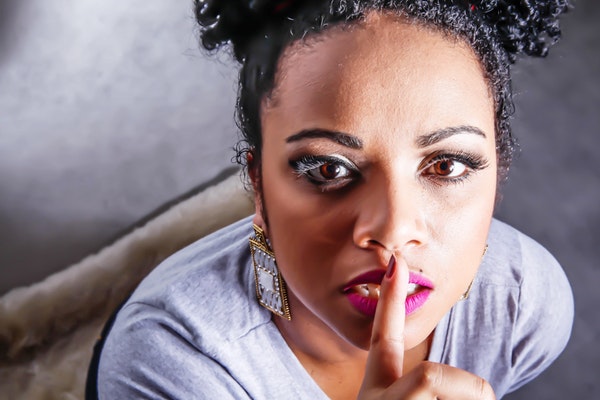 Do hair relaxers cause uterine fibroids? According to a study published in the American Journal of Epidemiology, it’s possible. But first, let’s start with the facts. What do we know about fibroids and what do we know about hair relaxers? Fibroids are tumors that are almost always benign, meaning non-cancerous. They develop in most women before the age of 50. Symptoms include, heavy and long lasting periods, pelvic pain,  frequent urination, constipation and back and leg pain.  But, a concrete cause of uterine fibroids is still unknown.  It’s even more unclear on why black women are more likely to get them. Yet, there are many plausible theories. In the last few years, hair relaxers and hair products targeted toward black women are under the microscope as a possible cause.

What is a Hair Relaxer?

Millions of black and mixed women have used hair relaxers over the years.  The product is a creamy chemical substance used to relax the natural texture of hair.  You apply the hair relaxer to the base of the hair shaft. The idea is to make curly or kinky hair straight and “more manageable.” The chemical reduces the curl by breaking down the hair strand through “controlled damage.” This will chemically alter the virgin texture of the hair. Most women who decide to get relaxers desire straight hair without any frizz.

Hair relaxers can cause chemical burns and scalp lesions, especially if used wrong. Hair relaxers also strip the hair of their natural oils.  Some ingredients in hair relaxers, as well as other hair products, are not regulated by the FDA. Relaxers contain parabens and phthalates which according to researchers are hormonally active chemicals. Studies say these chemicals cause harmful estrogen effects on animal cells. There are three types of relaxer formulas, lye, no lye and thio.  The main ingredient in “lye” relaxer is sodium hydroxide. “No lye’s” main ingredients are calcium hydroxide and guanidine carbonate. Ammonium thioglycolate (thio)relaxers contain thioglycolic salts. Its reported that “no-lye” relaxers cause fewer scalp lesions and burns. But, there is little evidence to support this statement.

Dr. Lauren Wise of Boston University’s Sloane Epidemiology Center led the study published in the American Journal of Epidemiology. Throughout the study, she followed the lives of more than 23,000 pre-menopausal black girls from 1997-2009. Participants of the study reported on hair relaxer usage. They reported the age of their first use, frequency and duration. They also reported the number of chemical burns, scalp lesions and formula (no lye v.s. lye.)

Approximately 94 percent of the women in the study used hair relaxers for at least a year. Some women only used the relaxer one or two times a year.  But a third of the women used the chemical up to seven times a year. The study points out that the two to three-times higher rate of fibroids in black women may be linked to chemical exposure received through scalp lesions and burns. These burns and lesions are a direct result from hair relaxers.

Out of all the participants, researchers discovered that women who used hair relaxers were 1.17 times more likely to develop fibroids than women who steered clear of relaxers. The women who used relaxers seven times a year, the incidence of fibroids increased to 1.23 times to that of the women who did not use hair relaxers. Researchers observed that the formula, “lye vs no-lye” had no effect on any incidence of fibroids. Yet, the duration of hair relaxers and the number of scalp lesions and burns experienced by the women correlated with fibroid occurrence.

Furthermore, a separate study was published in the Annals of Epidemiology. This study suggested that women who menstruate before the age of 10 were also at risk for having uterine fibroids. Even more so, the early periods may be a result of the hair relaxers products targeted toward the black community.

For their research, they studied about 300 African American, African Caribbean, Hispanic and white women in New York City. They asked the women the age of their first menstrual periods. They also asked them about the hair products they used. The women’s first periods started anywhere between age eight to age 19.  But, the black women who were more likely to use hair relaxers, and certain hair oils got their first periods earlier than other racial groups.

Many researchers fear that black women are being exposed to harmful chemicals. These chemicals are coming straight from the hair products they use. So what’s the truth? Do hair relaxers cause fibroids? The chemicals can gain access to your body through scalp lesions sometimes formed on the scalp when a relaxer processes and burns.  There’s no absolute assertion that relaxers do cause fibroids. But, there is a strong association that black women and girls who get or have gotten hair relaxers are at risk for a higher fibroid occurrence.