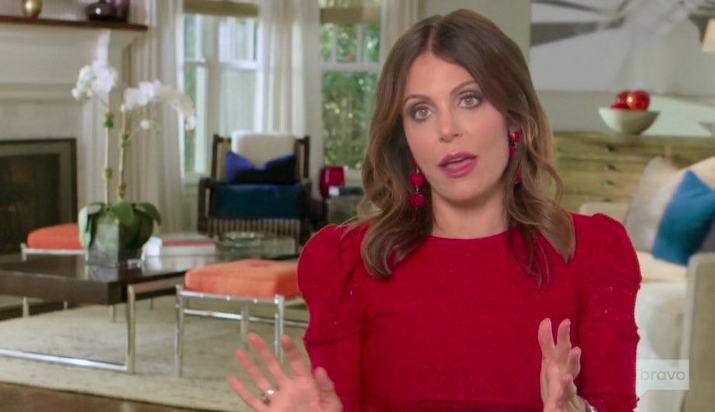 Celebrities who have suffered with Uterine Fibroids

Fibroids are a common disease affecting women all over the US and the world. Suffering with fibroids can be difficult and life changing. One of the worst things about the condition is the isolation many women feel. With feelings of shame, inadequacy, and loss- many women keep their pain to themselves.

Women have been coming forward to fight the stigma surrounding fibroids. There are many support groups, and more brave women are sharing their stories. Celebrities have also been letting the public know about their struggles with fibroids. It’s important that these women have come forward to shed light on a difficult topic. It helps educate people on the reality of this condition. It also gives sufferers of the condition a sense of community and hope. Here are some of the more notable stories.

Cynthia Bailey is best known for her appearance on the show Real Housewives. She is also a model and actress. She shared some of the most intimate details of her struggles when speaking to Dr. Tiff of the news program HLN.

On top dealing with her symptoms, the disease affected her relationship. Her sex life with her husband waned and put a serious strain on their relationship. In one incident, her abdomen bloated to the point of people assuming she was pregnant. We applaud Cynthia for opening up about her struggles. She helps educate women- especially African Americans since they are prone to fibroids.  She has done much to raise awareness about this rampant issue.

Another Real Housewives member- Bethenny Frankel known for creating an entire business empire around her name. She first came into the public eye on The Real Housewives. During her time on the show, she alluded to suffering from “women’s issues”. It wasn’t until later that she came out with her story of how she suffered from uterine fibroids. By age 45, she had endured much suffering. She’d had a miscarriage, became anemic and even had to take some off of the Real Housewives due to illness. Bethenny is a great example of a woman who fought hard for her health. Her brand still thrives to this day and she has helped millions of women feel less alone by sharing her story.

Beverly is best known for being the first African American woman on the cover of Vogue Magazine in 1974. She became an instant celebrity and used her fame to share important issues about civil rights. Beverly lived for years not knowing that she had fibroids. She was in her 40’s when she found out. She was suffering from severe bleeding and cramps that seemed to appear out of nowhere. In the end, Johnson had a hysterectomy- something she later regretted. She’s made it her mission to let women know that there are options when it comes to uterine fibroids.

Sara Bareilles is a beloved pop singer and actress. In 2016, she had a myomectomy (a surgery to remove a fibroid). She was candid with her fans about her recovery on Instagram. Her experience, shared on social media may not seem like a heroic act. In reality, thousands of people responded and many magazines picked up the story. She shared her feelings during a very delicate and personal time in her life. It was an act of bravery in the eyes of others who know the pain of the disease. Every story shared helps bring us closer and increases awareness of this disease.

So I have been healing from a minor surgery removing a fibroid on my uterus. (For those of you who don't like over-sharers, you came to the wrong canteen! Two doors down…great daiquiris. 👍🏼) Well, surgery sucks but helpers and families are amazing, nurses are angels, and doctors are wizards. In the silence and solitude of the simple task of my body seeking it's healed state, I have become vigilant about what I am intaking. Physically and metaphorically. Be careful about how much negativity and noise you heap on your plate. It comes in abundance, but there are other beautiful things at the buffet. The slow pace of my recovery has simplified my world in a way, and I am reminded to absolutely acknowledge the chaos of a very strange/surreal time in our country and on our beloved planet, but ALSO remember to come back into the room I'm actually sitting in. Celebrate what is good about that too. I will continue to mend and hopefully return with more patience and compassion and knowledge of Game of Thrones. Hope this finds you seeking some joy or handing some out to somebody else. We could all use a slice of that. 😘 Nothin' but love, y'all. *please note I am eating a turkey sandwich on heavy painkillers in the lower right hand picture. Sassy and sedated! Ya welcome.