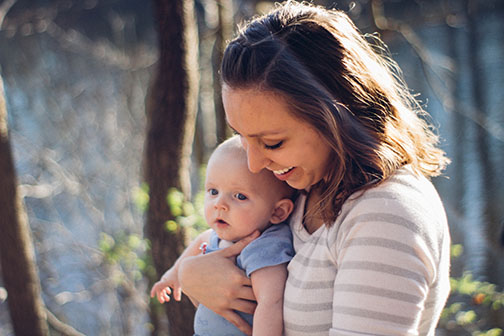 Americans die every year from surgeries that they don’t need. In fact, a study done by John Hopkins found that more than 250,000 people in the United States die every year because of medical mistakes. That makes surgery the third leading cause of death after heart disease and cancer.

Hysterectomies are one of the top surgeries that women have, even though they may not need them. Even if someone gets the best doctor, there is no way to tell how the body will respond to the trauma of surgery. This can cause complications. If you have fibroids, considering an alternative method may be a viable solution.

You May Not Need A Hysterectomy Many women undergo a hysterectomy when they learn that they have fibroids. Hysterectomy is a procedure that involves the removal of the uterus, thus preventing fibroids. Often, the ovaries are also removed, which can cause other issues. This method is not the only option for removing fibroids. For many women, an alternative procedure or medicine may suit them better. There are other options for fibroids treatment, which include less-invasive surgeries and medications.

Would  A Myomectomy Be Better?

Some women opt for a myomectomy, which is another option for fibroids treatment. During a myomectomy, they remove the fibroids and not the whole uterus. Though an alternative to a hysterectomy, myomectomy still poses serious complications. Open myomectomies have a long recovery time ranging from about 6-8 weeks. Robotic myomectomies are minimally invasive.

A Power Morcellator is a tool that is sometimes used in these procedures. The idea behind the device is a less invasive surgery which doesn’t require a large cut to the abdomen. Due to the action of the power morcellator, sarcoma cells are sometimes displaced in the uterus. This can lead to the spread of previously undiagnosed uterine cancer. Uterine fibroid embolization is a non-invasive treatment option to a hysterectomy. Embolization depends on the size and location of the fibroid. UFE works by starving the fibroids of their blood, oxygen, and nutrient supply. The interventional radiologist makes a tiny nick in the skin in the groin (femoral artery) or the wrist (radial artery) and using real-time imaging, the physician guides the catheter through the artery to the site of the fibroid and then releases tiny spheres, the size of grains of sand, into the uterine arteries that supply blood to the fibroid tumor. By blocking the blood flow to the fibroid, it will shrink.

Most women who go through with this procedure get their desired results. Women are still able to carry children and no longer have the symptoms of fibroids.

Hormone therapy is another solution you may consider as an alternative fibroids treatment. Some of the hormones used for this kind of treatment are: Danazol, oral contraceptives, Progesterone-releasing intrauterine device (IUD), Lupron, and Gn-RH agonists

The goal of this treatment is to decrease the size of fibroids. In some cases, the fibroids disappear completely. Others may help relieve the symptoms associated with fibroids. Based on your symptoms, your body, and the variables of your fibroids- you may try one of these therapies. One risk of fibroids is diet; those who are overweight have a higher risk of developing fibroids. Change your diet to lower that risk by eliminating or reducing the amount of red meat you consume. Red meat has been shown to raise estrogen levels.

Increase your daily intake of organic vegetables. Often, traditional agriculture uses chemicals that could affect estrogens. Eating whole grains helps you feel full after eating a meal so you won’t keep eating. Decreasing your calorie intake is one element of reducing your weight. Working out is, of course, the other element. Regular exercise will not only reduce your weight but improve your health.

There are also herbal treatments for fibroids which may relieve symptoms. Some of these options can even shrink fibroids. Herbs are ideal for someone who is not on board with a surgical or chemical treatment. Herbal treatments are the most natural option for eliminating fibroids.

Chasteberry is an herb known for regulating women’s hormones. This could help reduce over-production of estrogen. Don Quai is also a beneficial herb when it comes to fibroids. This herb is often used to reduce cramps and relieve PMS.

Surgery Shouldn’t be Your First Option Check your options before preparing for a hysterectomy. Surgery should be the last effort instead of the first offered solution. Alternative methods may not always work, but it’s worth it to give them a try. Hysterectomies can cause a host of other issues and surgery is always a risk to health. Surgery still may be the solution to your fibroid issues. Know your options, ask questions and try to find the best solution for you!