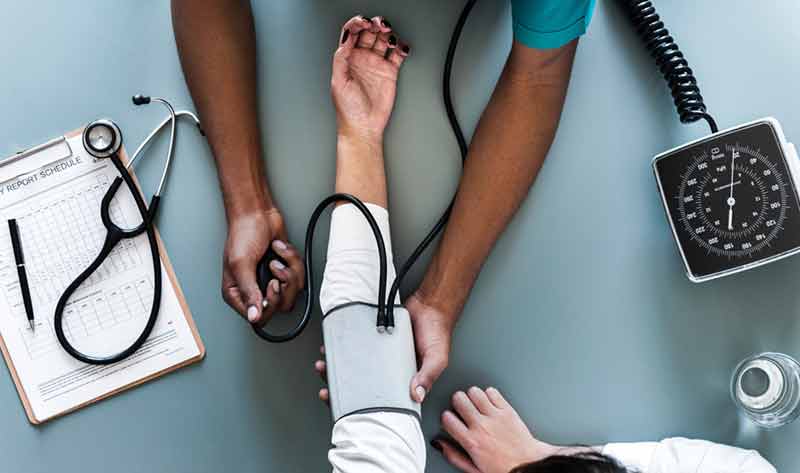 Health advice articles often mention fibroids along with other related medical conditions. Fibroids, or myomas, are different from cysts and other uterine tumors. There are several kinds of fibroids, and they can differ in size, location, and symptoms.

Fibroids are tumors commonly found in the uterus. Women most often develop fibroids during their reproductive years in their 30s or 40s. It’s not always clear why any given women develop fibroids. It is thought that increased levels of estrogen could be the cause.

Fibroids develop in the muscle cells of uterus and can build up within a short amount of time. They’re firm, compact and grow within the fibrous connective tissue of the uterus.

The Difference Between Fibroids and Other Tumors

Cysts, polyps and fibroids often get lumped together because they all can cause similar symptoms. Despite their similar effects, though, there are differences between other tumors and fibroids. The following list will go over the major differences between each of these common growths. Each type of growth will suggest  the specific kind of treatment likely to be the most successful in each case.

Though fibroids are a type of tumor, more than 99 percent of them are benign. They can also range in size, from the size of a pea to the size of a softball or a small grapefruit. They are not filled with liquids like cysts. Made from muscular material, unlike polyps, these are usually not cancerous.

Depending on the category of fibroid, different symptoms may appear. Submucosal fibroids may cause heavy bleeding, prolonged periods, and anemia. Subserosal fibroids grow on the outside of the uterus, so they don’t affect the menstrual flow as much. They can cause back pain or bladder pressure by pressing against other parts of the body.  Both of these type of  fibroids have the ability to grow on a stalk attached to the uterus. The stalk may become twisted causing severe pelvic pain.

Ovarian cysts are fluid-filled sacs on that usually form during ovulation. They can grow on one or both of a woman’s ovaries. Cysts tend to go away on their own, but sometimes they can rupture. This type of growth is common amongst women who are of reproductive age.

Sometimes, the follicle structure can malfunction and fail to release the egg. Other times, the egg may drop, but the rest of the fluid will remain within the follicle. If fluid is retained inside the follicle- it can not shrink as normal. Follicles with leftover fluid or unreleased eggs become cysts, called functional cysts.

This type of cyst usually goes away on its own and is  identifiable during imaging. Many take over-the-counter painkillers for the symptoms of functional cysts.

Other Kinds of Cysts

Other types of ovarian cysts can cause tumors of the ovary. Some are benign, and others are malignant. The use of blood tests and ultrasounds determine the type and cancer risk of each cyst. Surgical removal occurs if a cyst appears to propose possible risks.

Symptoms of ovarian cysts are similar to those of fibroids. Symptoms include pelvic pain, heaviness in the abdomen, and bloating. Without a diagnosis, these symptoms can even be mistaken for fibroids. Functional ovarian cysts are preventable with the use of birth control pills which suppress ovulation.

Polyps are abnormal tissue growths that look like small, flat bumps or tiny mushroom-like stalks. Most polyps are small ( less than half an inch wide) unlike fibroids, which can grow very large. Many women do not feel any pain when they have polyps. Most polyps are benign even though they form as a result of abnormal cell growth. In some cases,  they can become cancerous over time due to rapid cell growth. To determine the risk of polyps,  a doctor will take a tissue sample to test the cells.

A laboratory test or screening can determine if polyps are present. They can form in various places of the body including the ear canal, cervix, nose, colon, and uterus. Depending on the location of the polyps they can cause different symptoms.

When polyps are in the cervix, there are often no symptoms. Sometimes, they do cause symptoms like fibroids do. Women sometimes experience  unusual discharge, heavy bleeding during menstruation or intercourse.

Polyps in the uterus can lead to infertility, irregular menstrual bleeding or vaginal bleeding.

The Cause of Cervical Polyps

The exact cause of cervical polyps is well established. Some researchers think that polyps cysts, inflammation, and excess estrogen cause polyps.

Polyps are know to develop from rapidly dividing cells, similar to the way cancer cells grow. That is why they can become cancerous, even though most polyps are benign. Generally, polyps do not interfere with the ability to get pregnant and most are not cancerous. However, large or multiple polyps can cause problems with fertility or result in recurrent miscarriage.

Uterine cancer is most common in women after menopause. Women who are obese or have had hormone replacement therapy for many years. There are different types of uterine cancer. The most common type starts in the lining of the uterus. This type is also called endometrial cancer.

Endometrial cancer occurs when the cells of the endometrium, or uterine lining, start to grow too rapidly. The lining of the uterus may thicken in certain places causing a tumor.

The symptoms of uterine cancer start early usually with bleeding. Symptoms of advanced endometrial cancer include abdominal or pelvic pain, bloating, feeling full quickly when eating and changes in bowel or bladder habits. Treatment for uterine cancer may include surgery, radiation therapy, chemotherapy and hormone therapy.

Similar But Not the Same

Each of these conditions has similar symptoms when they appear in the uterus. This can make them hard to differentiate without testing. Once testing is complete, a qualified doctor can determine what the next steps should be. Based on the diagnosis there may be medications, procedures, or diets suggested. Some of these conditions require little to no action, but it depends on the symptoms. Fibroids are usually non-threatening, and many women live with them without issues. Even if a fibroid causes symptoms, it may well go away after menopause and there for not require surgery at all.

7.“What’s the Difference Between Cysts, Fibroids, and Polyps?” The Woman’s Clinic, 18 May 2017, www.arobgyn.com/cysts-fibroids-polyps-whats-difference-cancer/.